Last year, Historic Raymond propuced a list of Raymond’s most endangered historic properties, though some of the same properties are on this list, there are also (unfortunately) new ones, and the order of  danger of demolition has changed.

1. The Gordon/Lovering farmhouse is still the most likely to be demolished and is unfortunately in very bad shape. It is likely that it will be plowed over this summer (2019) to make way for the Ridgewood Commons condominiums driveway. BELOW- Circa 1750 Gordon/Lovering farmhouse and historic detached barn, 41 Chester Rd. (Route 102) is under threat of demolition. See BELOW. Prominent resident Josiah Gordon was born here (a brief biography of him can be found in the Raymond 225th Anniversary Official Souvenir Program Book (1989)) Theopolis Lovering, a Revolutionary War veteran, was either the first or one of the first owners of the home.The last remaining piece of Raymond’s one room Branch Schoolhouse is its stone doorstep, which is currently located near the Gordon/Lovering farmhouse, on the property. A developer wants to demolish this beautiful home and run a driveway through it. The 80 acre parcel of land it is on is set to be turned into a 200 unit condo development. The ruins of the Lovering Pail and Bucket Manufactory on the property are also under threat.

2. The Historic 1893 Orchard Street Water Tower (Standpipe). Last year, this was number 4 on the list. It has been taken off line as of Summer 2018, but itis still an officially Commissioned water tower. There is currently talk in town government of demolishing this still structurally sound and operable water tower standpipe. It is said that this is the tallest structure in Raymond (except maybe one of the Town’s cell phone towers may have beaten it).

Historic Raymond has recently received an email from Kathleen McDonald, a lover of Raymond History, describing the plight of this historic home. PLEASE CONTACT THE OFFICIAL MENTIONED BELOW TO SAVE THIS HISTORIC GEM.

As you may know the Planning Board finally granted a second site walk for The Meadows aka Ridgewood Commons, the 173 unit Housing Project set to be built at 41 Chester Road Raymond. During this site walk the public could view the virgin Gansee Pond and the perennial stream which flows from it. We saw the steep ledge lined ravine, which will be blasted to make way for the access road and 2 HUGE retention ponds.

For the first time we saw the remains of the historic Lovering Pail Manufactory and its still functioning stone box culvert.  This 1864 stacked stone culvert is 2 feet wide and 4 feet high with a dirt farm road sitting on top of it. This lovely farm road, lined with stone walls and shagbark hickory trees, leads to the 1800’s Lovering farm house.  Once home to Thedophus Lovering a hero of the Revolutionary War, he is buried in the Lovering Tomb at the corner of Rt 102 & Brown Road.

Located on this property is the 18 Acre VIRGIN Gansee Pond home to many species of carnivorous plants, fish and extensive wildlife. There are vernal pools the incubators for frogs and salamanders. The vast fresh water wetlands are home to hundreds of birds and are covered with strawberry, blueberry and rare cranberries! This wetland sits atop our GROUND WATER recharge area, and the 2 streams on it flow directly to the protected Exeter River.

This property has been in the same family for over 100 years, no wonder only family members and a few hunters have seen this historic site or been aware of its significance in Raymonds History.

I ask you to Contact Amy Lamb  amy.lamb@dncr.nh.gov and let her know this historic site and its’ rare plants and our ground water  should be protected, not only for today but for future generations of Raymond residents.

I will step off my soap box now . Thank you All!

BELOW- Gansee Pond on the property.

Warrant Article 5 rezones a property with an historic early 1800’s/ late 1700’s center chimney farmhouse from Zone D Industrial to Zone B Residential/Agricultural. This greatly increases the chances that this home will be around for future generations.

Raymond has lost more than 3 historic buildings in the past 12 years. 5 more are or could be under threat. WE CANNOT forget our history.

3. Raymond’s first and only electric generating plant(pictured below) is abandoned and forgotten. The shocker is its in the center of town (80A Main Street).

4.  The Historic 1893 Orchard Street Water Tower (Standpipe). There is currently talk in town government of demolishing this still structurally sound and operable water tower standpipe. It is said that this is the tallest structure in Raymond (except maybe one of the Town’s cell phone towers may have beaten it).

5. Bean Tavern barn. The Historic barn has not had a proper roof in around 5 years (it is currently covered with tarps)

7.Old Fire House on Epping Street, built 1906. The right and left 1 story wings were built in 1956. The rear 1 story wing was built in 1965. Some Selectmen and town officials have implied they may tear it down instead of fix the structure.

8.Dudley Road Bridge (the pier and abutments date to the mid 1700’s). The State considered demolishing it in 2013, they may try again.

9.  Bean Tavern, 10 Old Fremont Road, is Raymond’s oldest building and the location of the first 25 or so years of town meetings and religious services. Lieutenant Benjamin Bean was the 2nd owner. Served as a Tavern from the early 1750’s until the early 1800’s. This building is on the official town seal. It’s location (along Route 107/102, right off exit 5) and Zoning (Commercial, C.1, District) are the primary threats to its existence. BELOW. 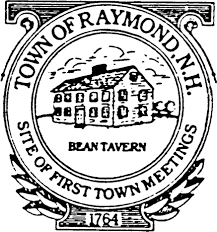 This is your very first post. Click the Edit link to modify or delete it, or start a new post. If you like, use this post to tell readers why you started this blog and what you plan to do with it.

FIRST ARTICLE To see if the Town will vote to establish a Heritage Commission in accordance with the provisions of RSA 673 and RSA 674, or take any other action relating thereto.

SECOND ARTICLE To see if the town will vote to authorize the Board of Selectmen to appoint three [or five or seven] citizens as members of the Heritage Commission pursuant to the provisions of RSA 673:4-a and RSA 673:5, and to appoint up to five additional citizens as alternate members, or take any other action relating thereto.

This is a text widget, which allows you to add text or HTML to your sidebar. You can use them to display text, links, images, HTML, or a combination of these. Edit them in the Widget section of the Customizer.
Loading Comments...
Comment
×